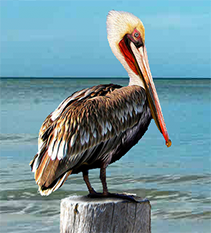 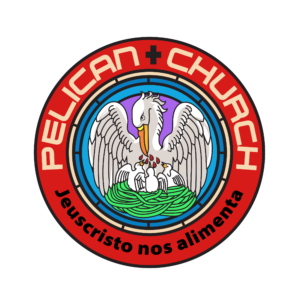 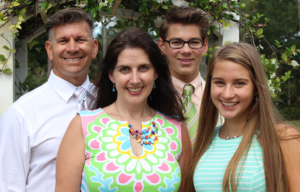 Mark Eisold was born in Coral Gables, Florida in 1969, the oldest of three children to the Rev. Theodore Eisold and Elsie Eisold. Mark’s father, a native of Wisconsin, was serving as a Mission Developer in the Lutheran Church–Missouri Synod (LCMS) in the Florida Keys. Mark’s mother, a native of New Jersey, was a registered nurse. After two years of life in the Florida Keys, Mark’s father took a call to Lake Worth–near West Palm Beach.

Their church home was Our Savior Lutheran Church. In 1987 Mark moved to Gainesville in order to study journalism at the University of Florida. Mark lived, worked, and studied in Gainesville for the next twelve years. Over that time his studies varied as well as his student jobs. His work included jobs with Rinker Concrete & Materials, Grandy’s, The Southwestern Company, The Texas Roadhouse, two summers working for an apartment complex in Arlington Heights, IL., and one summer with the campaign for Florida State Senator. As a young professional, Mark worked as Sales Manager & Marketing Director for Gold’s Gym, Gainesville, and as Corporate Accounts Representative for Alltel Mobile of Florida. While working for Alltel in 1996, Mark met Sandi Nerger at a church Bible Study for single professionals. Sandi was born in Weymouth, Massachusetts, lived in Wisconsin, Wyoming, and Connecticut as a young child, and was raised in Florida since 1979. Sandi had earned a Masters in Elementary Education from the University of Florida, and was teaching at a local public school. As they prepared to get married, Mark stopped fighting God’s call to become a pastor, and contacted the Seminary in St. Louis about future studies. After their wedding in July of 1997, Mark returned to school through night classes at St. Leo College in 1998, and completed a degree in business in April 1999. The following month, Mark and  Sandi moved to St. Louis for full-time studies in the four-year Master of Divinity program.

During their four years of Seminary studies and vicarage they were blessed with two children, Annalise Christina and Erik Conrad. Mark and Sandi made lifetime friends both at the seminary and on vicarage at Zion, Clark, NJ. Mark also had the distinguished honor to serve as a Chaplain with the Union County Sheriff’s Department in Elizabeth, NJ in the wake of the September 11th Terrorist attacks. The Lord confirmed in his heart that year to use his gifts to reach the lost and erring as a mission developer. In 2003, Mark graduated and was called by the Mid-South District to serve as pastor and mission developer of the future Our Savior Lutheran Church, Cabot, Arkansas. Cabot is a bedroom community of Little Rock and the Little Rock Air Force Base – a C-130 hub for the USAF. The Lord greatly blessed Mark’s work and the congregation grew in every good way. Both Sandi, Mark, and their children were integral parts of this active community, and have dear friends from the wonderful seven years there.

In April of 2010, Mark received and accepted a call from the LCMS Office of International Missions to be the first LCMS Pastor to Perú. The mission included planting churches and mercy centers, equipping and integrating Peruvians into leadership positions and working together with our sister churches in Latin America, all while raising funding, learning Spanish in Perú, gathering a team of other missionaries, and establishing the groundwork for a new national church body. After five years of life and work in Lima, Perú, the Lord called once again for a great, new opportunity to bring His message of free forgiveness and new life to many in Naples. The Eisold family is very active, and prefers to be participants rather than observers. They love all outdoor activities–especially swimming, bicycling, fishing, kayaking/canoeing, and target shooting. Indoors, they like working out, listening to classical music, and classic rock, playing board games, as well as watching classic family movies, The Star Wars and Lord of the Rings series, and anything produced by Marvel Comics. Annalise & Erik are competitive swimmers and have competed both nationally and internationally in Perú.